Responsible for over 500,000 residences it provides local governance for Britain’s happiest city and has a number of duties ranging from recycling to education.

The campaign centred around an emotive video and was followed by a series of in-community activation events.

The campaign itself was designed to install a sense of civic pride, unity and stability in an uncertain political landscape.

As well as targeting the city as a whole, our expert planners honed in on areas which had seen a rise in hate crimes since the 2016 UK referendum, in a bid to address and discourage extreme behaviour.

Bristol is vibrant and diverse, a city where 91 different languages are spoken. However there is stark inequality which has created divisions throughout the city. From health impacts and life expectancy to educational achievement and income potential – where you live in the city can matter.

Across the UK, political fractures have led to a rise in race related hate crime, and growing intolerance of perceived difference (race, identity, religion etc.) – particularly visible on social media.

This is why Bristol City Council decided to create a campaign that will generate a strong sense of civic pride in Bristol, by encouraging citizens to reflect on what unites them, not divides them.

Bristol City Council invited 60 people from Bristol, randomly selected, to be part of a film. They were split into eight identifying groups (e.g. students, migrants) and asked a number of questions by Professor Bruce Hood from the University of Bristol. If they agreed with the question, they were asked to step forward. It soon became clear that people had more in common than they thought.

The cornerstone of the campaign was a short video designed to engage Bristol’s residents. The video was shot by Fable Studios at Bottle Yard Studios with 60 people from around the city with no obvious connection. Co-Founder, Richard Gee worked closely with the Bristol City Council communications team in post production to create an engaging and moving video that was ready for promotion.

The aim of our 8 week social media campaign was to get our message seen by every resident of Bristol at least once. To ensure we could achieve this within an extremely tight budget we employed the services of  Ryan Vaughan, of Vaughan and Co to manage the paid social advertising. Using a range of formats and tactics, we achieved over 451,000 unique views in peoples Facebook and Instagram feeds or stories. 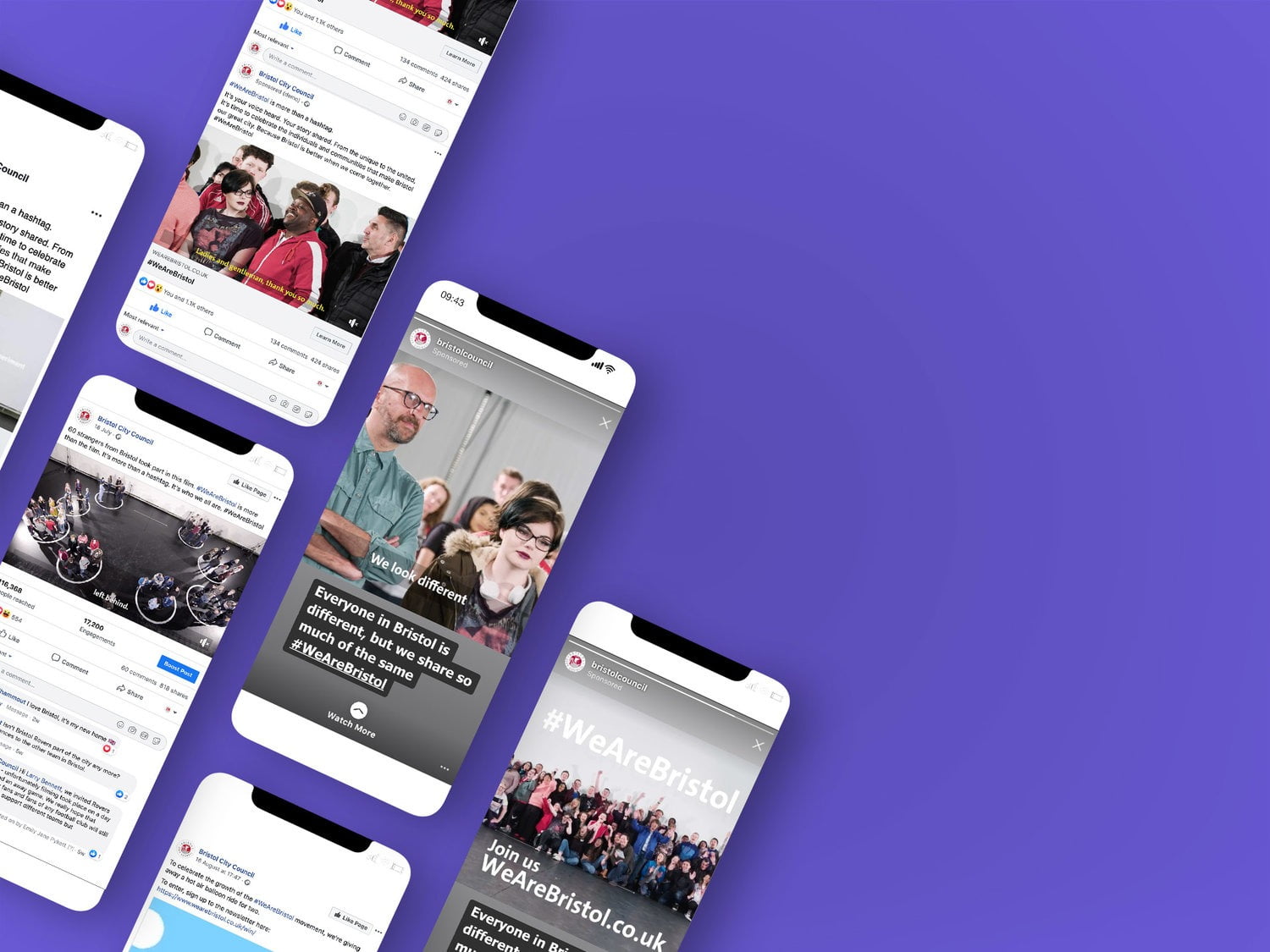 Managing Director, Chris Gee took to the Watershed stage alongside at a special launch event to a host of people, businesses and press from around Bristol. Mayor of Bristol Marvin Rees said: “Fractures across the political landscape have led to a growing feeling of division amongst the people that live and work in Bristol.

“We believe that no matter where we’re from, what we believe or how we choose to live our lives, we still have things in common.

“This campaign will celebrate those things and bring people together around the pride we share for our city.”

The launch saw the campaign covered by number of press outlets including The Bristol Post, although their following coverage was aimed at the lack of Bristol Rovers fans in shirts during the shoot.

To gain attention for the campaign a team of volunteers hit the streets during Bristol Harbour Festival 2019 armed with postcards boasting key messages and t-shirts to giveaway to potential advocates. With the hero video playing to audiences from council owned big screens and the #WeAreBristol banners hung around the city, the activation produced thousands of extra impressions organically.

Banners remained up around Bristol long after and continue to be featured in social media posts from residents and tourists alike. Check out some of the amazing images and videos in our Interactive user-generated-content gallery. 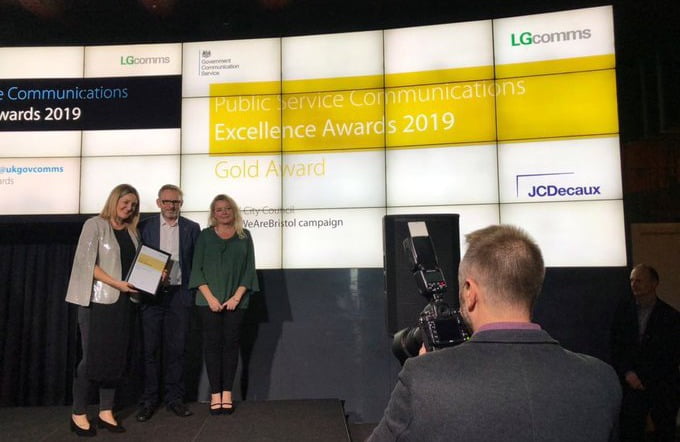 We were all thrilled to hear that the #WeAreBristol campaign became a Gold campaign winner at the Public Service Communications Excellence Awards 2019 as recognition for the work of so many people and businesses around Bristol.

We grow businesses pragmatically and with the utmost respect for budgets.  We treat our clients businesses and budgets as if they were our own.  Find out for yourself...